I spent a brief stint — four years, part-time — behind the counter of a bowling center. It was an evening-and-weekend job during college, working primarily during leagues and on Sunday mornings, when cheap specials catered to families with young children and the after-church crowd.

On this particular league night I had just radioed a “ball call” to Gus Giersberg, one of the best AMF mechanics I’ve ever worked with. In bowling mechanic’s lingo, a ball call simply means the bowler’s ball didn’t come back — a fact I relayed to Gus using a microphone and speaker system that fed into the mechanic’s workshop next to lane 1.

After checking on the problem, Gus called me a few minutes later on an intercom. “Gotta change a motor,” he said. “Be a couple minutes.”

It wasn’t five minutes before the league bowler, awaiting her ball, came up to voice her displeasure. “Who’s back there?” — as if she were prepared to evaluate the suitability of the mechanic for the repair job, based on name recognition alone!

I was trying to be polite. I reassured her it wouldn’t be long. I didn’t say what I really wanted to say.

Look, lady — if only you knew how many parts those machines have, and how heavy those back-end motors are,  you’d appreciate how good Gus is at what he does. Five minutes ain’t nothin’!

If you had talked to a pinboy like you’re talking to me right now, you’d be lucky to get your ball back at all.

I kept my mouth shut, of course, because I knew better. I’d had my first tour of “the back” years earlier, as a junior bowler. And I’d been working on the 82/70 machines a little since beginning my job at the center. I knew they were huge, complex beasts, and had hundreds of parts. Sometimes, things broke. And Gus knew what he was doing, and would have the motor changed in no time.

It dawned on me, however, that most people — including many longtime league bowlers, and this one in particular — had never seen a pinspotter up close.

The pin deck is like a theatrical stage, with bowlers as audience. The pins are visible, while a frenetic series of operations takes place backstage, hidden from view. Each moving part, each motion, seamlessly operates in conjunction with the others to ensure everything happens on schedule and as expected.

In other words: If everything in the machine works properly, bowlers should forget the machine is even there.

Although easily taken for granted today, the automatic pinsetting machine caused quite a stir when it was introduced. The idea of a machine to replace pinboys predated the actual commercial introduction of the pinsetter by at least two decades. Many proprietors must have dreamed of such a contraption at some point, frustrated by the pinboys’ unreliability. 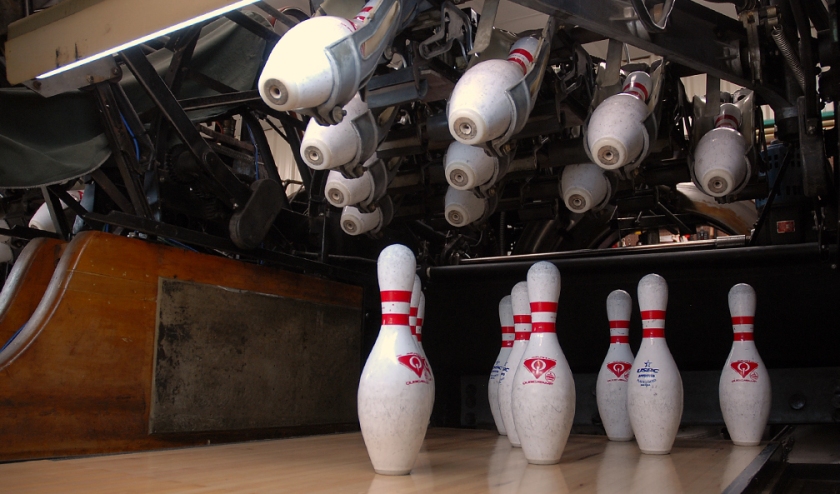 Pinboys were usually rowdy street kids picked up from the roughest parts of town, working for the barest of wages, and not known for their integrity or high work ethic. Sometimes they’d work slowly or not even show up; other pinboys took up the slack by working double duty (or in some cases, lacking enough pinboys to cover lanes, proprietors would be forced to close early). Some pinboys would accept bribes to assist with pinfall or “creatively” set pins for certain opponents.

In the early 1930s a New York proprietor named George Bickerle — who had been dreaming of a machine to cure his frustration with pinboys — mentioned his ideas to Gottfried Schmidt, an engineer who bowled at Bickerle’s lanes. Working with a machinist named Fred Sandhage, Schmidt began building a prototype of a pinsetting machine in a turkey house at Sandhage’s farm. The machine used flower pots, lamp shades and suction to spot and respot pins. 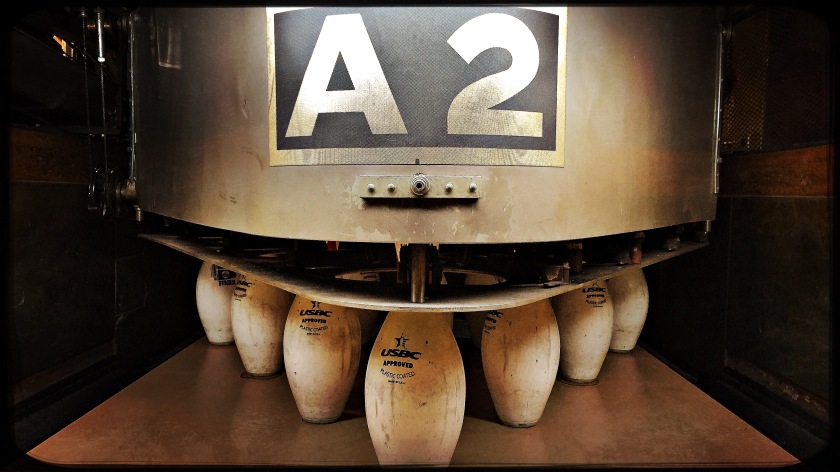 The machine was crude, large and unwieldy. Schmidt brought his idea to the Brunswick corporation, which turned it down. But one Brunswick employee later transferred to the American Machine and Foundry Company, better known as AMF — and mentioned Schmidt’s project to officials there.

AMF’s first two sample machines were unveiled at the 1946 ABC Tournament in Buffalo. Displayed in a garage across the street from the tournament site, they drew the fascination of tournament bowlers who stopped in to see them in action.

Bowlers weren’t the only ones taking notice. Optimistic about the potential impact for their centers, proprietors drew up contracts with AMF for 10,000 units before the first machines ever rolled off the line. 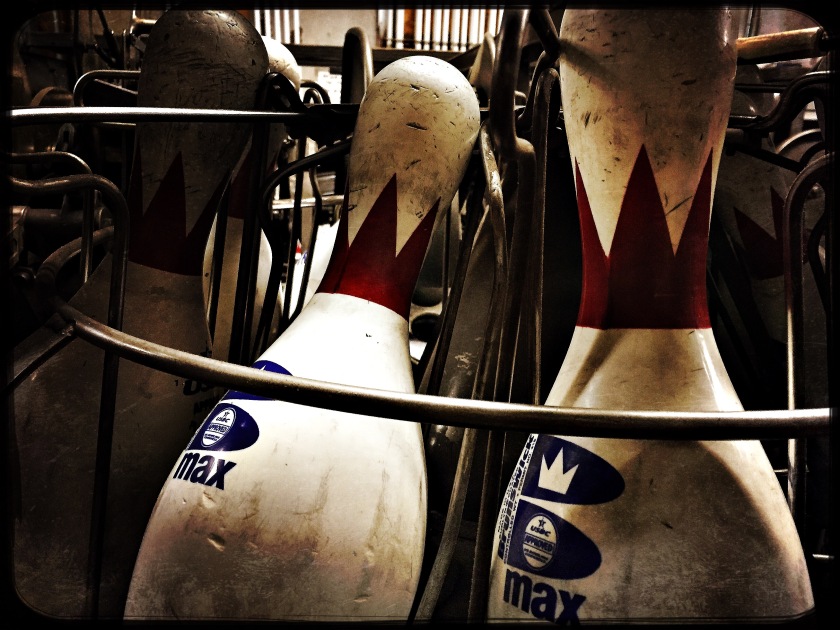 In 1951, AMF tested its refined machines with a 12-lane installation in Mount Clemens, Michigan. It was the first time a bowling center operated without pinboys. Brunswick, meanwhile, was now playing catch-up to the idea it had originally rejected. (It would be about five years before Brunswick released its own introduction to the pinsetter market, the Model A.)

What followed were many upturns in bowling that could, directly or indirectly, be traced to automation. With the elimination of the pinboy, the image of the bowling alley as a shady, smoke-filled place of ill repute began to fade. Women began taking up the sport, which led to an increase in womens’ leagues and playrooms to entertain children. As more families were drawn to the wholesome environment, youth leagues took off and bowling became a popular “hangout” activity among teenagers. New center construction boomed, with many facilities boasting 50 or more lanes, and some open around the clock.

Bowling’s status as a stylish, “in” activity led to the development of new lines of capital equipment, masking units and furniture — color-coordinated and perfectly matched. The masking units would match the seats, the ball returns would match the telescore tables, and nearly everything bore the familiar Gold Crown or Magic Triangle insignias offered by Brunswick and AMF, respectively.

I can’t help but think the invention of the masking unit — while tying the center together with a color scheme to complement the rest of the building, and probably dampening the sound from the noisy machines — has contributed to spoiling us. Without the mask, we’d be reminded of the thousands of parts that work in unison to keep bowling running smoothly. We’d marvel at how the deceptively simple job of spotting pins and returning bowling balls is achieved by a quite complex machine.

And we’d see all the men and women hard at work in “the back” — like Gus Giersberg, hoisting and exchanging that faulty 60-pound motor for another one within just a few minutes, so bowlers can get back to a fun night of league.

And so they can forget, if only for a little while, that the machines are even there.

Story and all photographs © 2016 by Kevin Hong.
See photographer Kevin Hong’s images from the “Machines” project at this link.