(This is the first half of a two-part story on the bowling lanes at Holden Village in Washington state, my journey to find them, and the campaign to restore them.)

I don’t remember the first time I heard the legend.

The bowling lanes were remote, supposedly high up in the hills somewhere near the resort town of Chelan in central Washington state. The place was reportedly somewhere on 50-mile-long Lake Chelan, accessible only by boat. By some accounts, the lanes were at a camp; others thought it was an abandoned logging town or inside a hotel.

People claimed to have bowled on the lanes decades ago, but their memories were fuzzy; were there two lanes, four lanes, or was it six?

And most importantly — are the lanes still there, and are they in use?

A blurry picture of some pins and what appeared to be semi-automatic pinsetters surfaced on Facebook, with the caption: Holden Village.

I’m not sure how many people I could have asked, pre-Internet, who would have known anything about Holden or even heard of it. But armed with the site name and thanks to Google, it only took a couple of searches to learn a location, brief travel instructions, and the names of some contacts. There was even a Holden documentary on YouTube, with a short clip of the lanes in action.

In September 2011 I sent my first e-mail to Holden Village asking to photograph the lanes. I received a response, warmly welcoming me to visit any time. But illness and surgery a couple of summers ago, the threat of an approaching forest fire, closure of the village to guests due to mine remediation work, ongoing construction and painting in the bowling area, demands of a regular job and other considerations kept pushing the trip back. It took nearly 5 years, but I finally made it to Holden in August 2016.

(Getting to and from Holden Village requires a ride on a Lake Chelan passenger ferry. The ferries don’t run every day in the winter, so multiple-day minimum stays at Holden are the norm.)

And Holden, it turns out, is a remote paradise. Steeped in history, surrounded by pristine mountains and lush trees, and blissfully untouched by development and technological distractions.

But I’m getting ahead of myself.

For the entire Holden story, we must go back to 1896 when a prospector, James Henry (J.H.) Holden, discovered a substantial ore deposit in the north Cascade mountains above Lake Chelan.

Holden attempted, in vain, to raise the capital to develop the mine himself. It wasn’t until the late 1930s — two decades after J.H. Holden’s death — that the eventual developer, Howe Sound Mining Co., brought the mine up to full productivity. 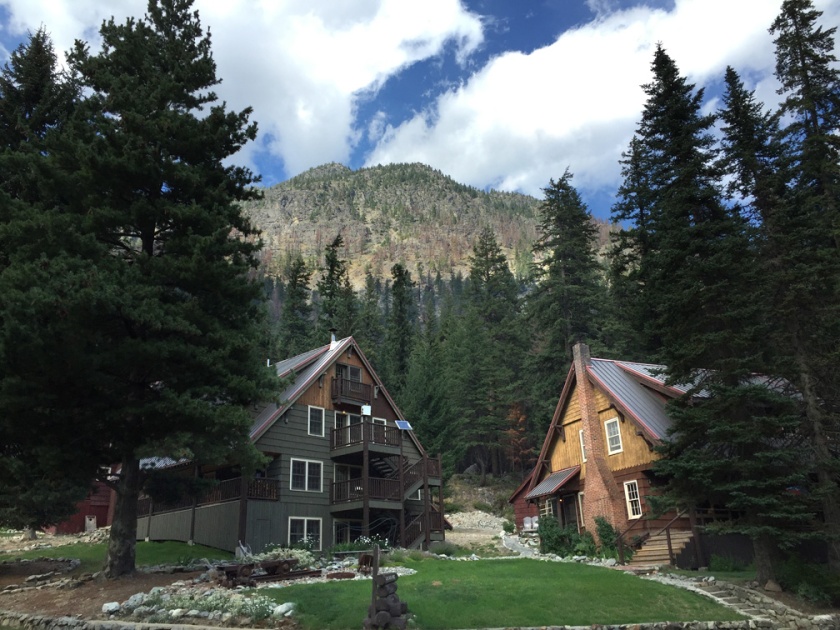 (Holden’s buildings are repurposed from the village’s days as a mining town that once housed 600 people, including miners and their families.)

The mine was a success, and in its first year was processing 2,000 short tons of copper ore every day. This attracted hundreds of miners and their families. In response, Howe Sound built a mining town to house the people and provide them with services and entertainment. Dormitories, a gym, mess hall, bowling alley, school and hospital — the townsite of Holden had it all, and was one of the finest of its kind. A 1939 article in the Wenatchee Daily World declared Holden to be the “No. 1 Mining Operation in State.” The town, it reported, looked more like a college campus than a mining town.

About 600 residents lived at Holden at its peak.

“Everything is ultra-modern at Holden, including four of the snappiest bowling alleys in the state,” the World article reported. “The alleys are in the basement of the remarkable recreation hall used for a gym, dance hall, movie theatre, community meeting place and stage attractions.” 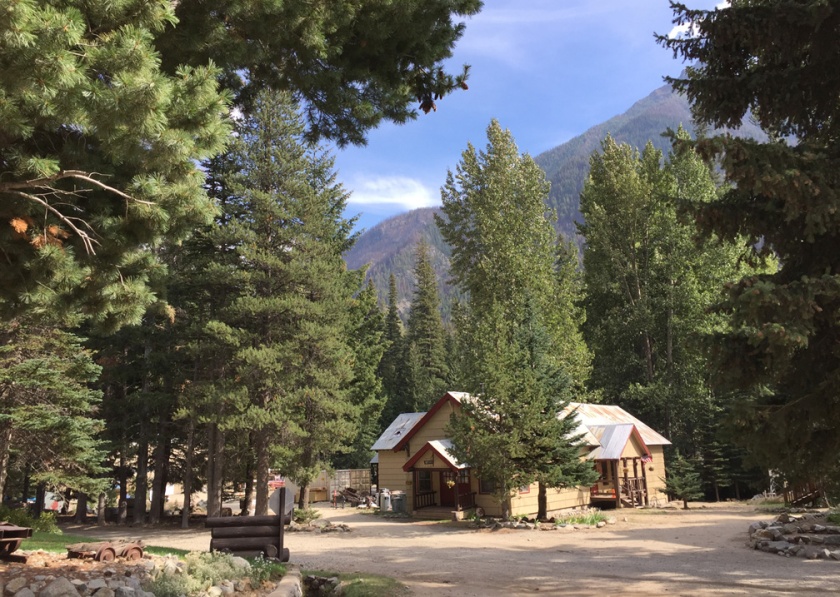 After World War II, however, copper prices began to fall. In 1957, Howe Sound announced plans to close the mine and abandon the village; all the remaining private homes would be burned.

At first, the townsite was listed for sale at a cost of $100,000. With no takers, Holden’s demise seemed inevitable. But Wes Prieb, a student at the Lutheran Bible Institute in Seattle, was intrigued after reading a newspaper report about the mine closure and the village. Although he had never heard of Holden before, Prieb had visions of a new life and purpose for the site. Prieb wrote repeated letters to Howe Sound and, in 1960 — surprising nearly everyone — convinced the company to donate the village to the Lutheran church for use as a retreat center.

As the crow flies, Holden Village is only about 110 miles from Seattle, where I’m based. But a trip to the village is anything but routine, and can only be described as an adventure; after all, Holden has to be one of the most remote continuously-inhabited locations in the lower 48 states.

After a three-hour drive to (and overnight stay in) the city of Wenatchee, it was another hour’s drive the next morning to the port of Chelan. From there, I caught a ferry for a 2-hour ride up the lake to the port of Lucerne. There, a vintage school bus was waiting to slowly take me up the winding forest roads (an 11-mile ride with 2,000-foot elevation gain) to the village.

Forget wi-fi or even landline service. Cell phone reception is nonexistent here; in fact, it went away soon after the ferry pulled away from the dock back near Chelan. Were I to have a medical emergency, an evacuation would be possible — but costly and difficult.

This isolation and “unplugging” are exactly what guests seek when they come to Holden. They visit to experience rest and renewal through arts and crafts classes, workshops, discussions, prayer, hiking, skiing, fishing and a host of other outdoor activities. Worship plays a central role in the community.

Sometimes guests are simply seeking solitude in the wilderness, and Holden offers plenty of that.

Many of the visitors come for a week or two. Some came long ago seeking some or all of the above, and wound up staying for years. The K-12 public school is still there, serving the children of Holden’s visitors, residents, and volunteers.

And in the basement of the recreation hall — where they have been for nearly 80 years — are four wooden bowling lanes with Brunswick semi-automatic pinsetting machines.

NEXT: a look at Holden Village’s bowling lanes and the restoration campaign.
Click here to read part 2 of the story.